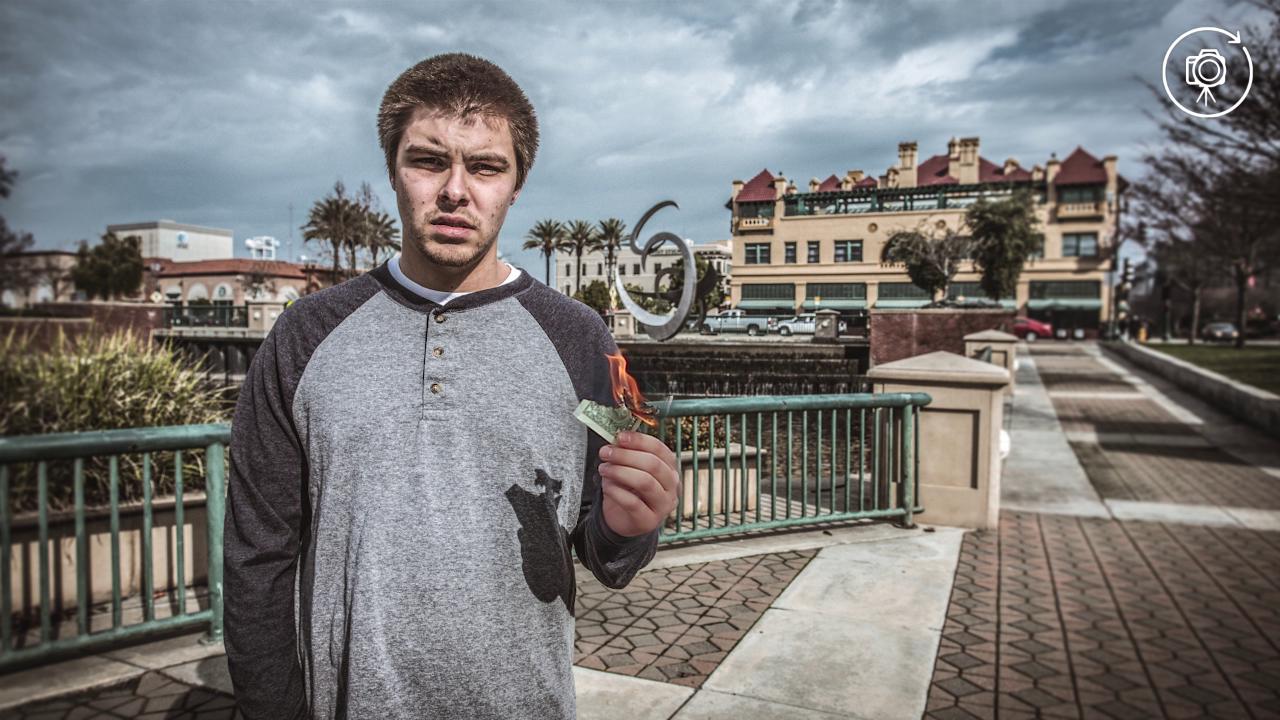 On Set With: Robert Calzada

With the U.S. elections just a few months away, some Americans find themselves concerned about their country’s political future. Cinemagraph artist Robert Calzada is one of them. We spoke to the California-native about his cinemagraph entitled “The Rough Life” – his most socio-political work to date.

gallereplay: Robert, from gallereplay’s point of view, this is a really hard-hitting, powerful cinemagraph. Could you give our readers a little insight into its meaning?

Robert Calzada: I guess some of the thought behind it is just how rough life can be in the world today. We shot the cinemagraph in Stockton, California. The city is bankrupt and crime is high. Society seems to feel that money is the only thing that’s really important in this day and age. The question this cinemagraph poses: does money truly make people happy?

gallereplay: The current race for US Presidency is creating a whirlwind of press attention at the moment. Would you say this cinemagraph is an expression of the political animosity in America right now?

Robert Calzada: Personally I don’t like to get caught up in that whirlwind! The candidates that are running this year I don’t find particularly favourable. And to be honest, I’m not sure if the USA is headed in the right direction politically!

gallereplay: Obviously the burning of the dollar is the focal point of your cinemagraph, why did you choose to highlight this?

Robert Calzada: Honestly, we were curious to see if it would work! I always wondered how money would burn! Besides, it’s pretty eye catching and controversial right?

gallereplay: Ha! Bit of arsonist are you? Was it difficult to keep the dollar bill burning?

Robert Calzada: This was a particularly difficult cinemagraph to shoot. Unsurprisingly, the dollar did not burn for very long! Not to mention it was windy! Then to add to the tricky conditions my friend kept burning his hand! But anything for the cinemagraph right!? Anyway, after a few dollar bills and minor injuries (just kidding … kinda) we got the shot!

Check out Robert’s gallereplay profile for more of his cinemagraphs. Share your thoughts about Robert’s cinemagraph or the frontrunners for the U.S. elections with us on Medium.