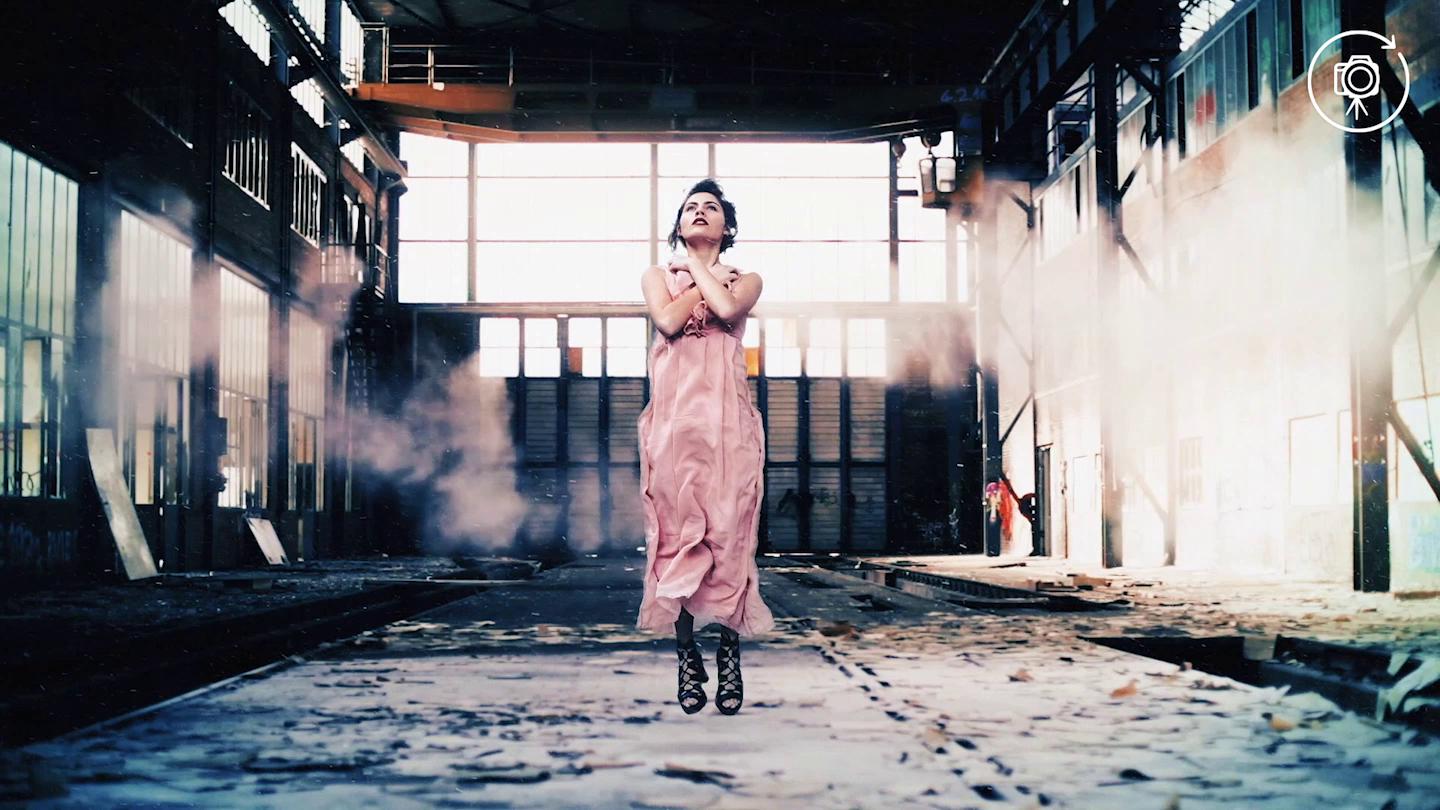 On Set With: Thomas Brand

In this month’s edition of On Set With, cinemagraph artist Thomas Brand shows us around one of Bavaria’s most striking abandoned locations and reveals why a bag of flour can come in very handy on set!

gallereplay: Thomas, your cinemagraph “Abandoned Warehouse” is a real eye-catcher! Where did the idea for the project come from?

Thomas Brand: Most of you have probably seen some hover photographs here or there, where a model seems to float above the ground. There are several ways to achieve this effect, mostly paired with Photoshop post-production. I thought it could be interesting to evolve that idea from a photograph into a cinemagraph: a hovering model in an endless loop of movement. Furthermore Sarah Philine Bugar, my favourite model (and girlfriend 😉 ) had just bought some new dresses back then, and we were thinking about what we could do with the long pink one. We even shot under water with it but in the end it worked best when floating in the air.

gallereplay: Many of your cinemagraphs are shot in really striking settings and locations. Few more so than this one. How did you discover it?

Thomas Brand: I’ve been fascinated by abandoned places ever since exploring some of Berlin’s famous ruins about five years ago. In Bavaria on the other hand (which is where I live), we’ve got dozens of pretty castles, beautiful lakes and rivers, but almost nothing that doesn’t look nice and tidy. So it’s a small miracle to find something like this location in the very heart of Bavarian kitsch.

About two years ago, a good friend and explorer, Karo, first took me there. It’s an old train garage, about half an hour from my hometown. There’s large glass windows and domes, heavy metal beams, railway tracks and cranes, spooky dark rooms with oil on the floor and a wide rooftop. Even dead fish nailed to the walls and painted over! One of my favourite details there is all the 1970’s paper work covering the floor. It’s partially handwritten notes and protocols about repair work.

The documents covering the floor of the building.

gallereplay: How did you get Sarah to hover? Did you suspend her in mid-air somehow or did she jump?

Thomas Brand: Sarah actually jumped. I was so afraid in the beginning, when you look at the shoes she’s wearing you’ll notice that it’s quite a challenge to not stumble and fall down and break your ankles. But she did great and it was really funny to shoot. We picked several pictures and chose the one which is in the cinemagraph now because we liked the way the dress’ fabric was flowing in this image. The interesting thing is that for the photo, the still image alone, there was no photoshopping needed. No trampoline, ladder or strings had to be removed, she actually did jump just exactly like that.

gallereplay: And what did you use for the “smoke missiles”?

Thomas Brand: It’s just flour, but quite a lot of it! We threw it into the recording frame from both sides, and after one or two minutes the whole huge building and everything in it – including us and and the camera – was covered in it. But for the next time I’d search for a lighter substance, because in my opinion the flour fell to the ground just slightly too fast. Still, you can get some pretty decent effects with it, especially when the sunlight hits the drizzling flour.

gallereplay: What would you say was the biggest challenge you faced, producing this cinemagraph?

Thomas Brand: For one, the location itself with all its obstacles. Then how to achieve the hover and smoke effects. And finally, how to put it all together, since it’s several shots in one. In post-production, I noticed that I needed something that happens behind and in front of my model, as there was more smoke in the actual video shot than in the photo. I tried to get a better fusion between the video background and the still image foreground. If you look closely, you can see snowflakes break through those two layers, also being in front of the model, making it all just a bit more fluent. And even when the cinemagraph is being played just on a mobile phone screen and the snowflakes are almost too small to be seen, it still adds some deepness nevertheless. By the way, it was really cold that day, so even if the snowflakes are a product of After Effects, it pretty much sums up the overall temperature we were working at!

Check out Thomas Brand’s gallereplay profile for more of his cinemagraphs!