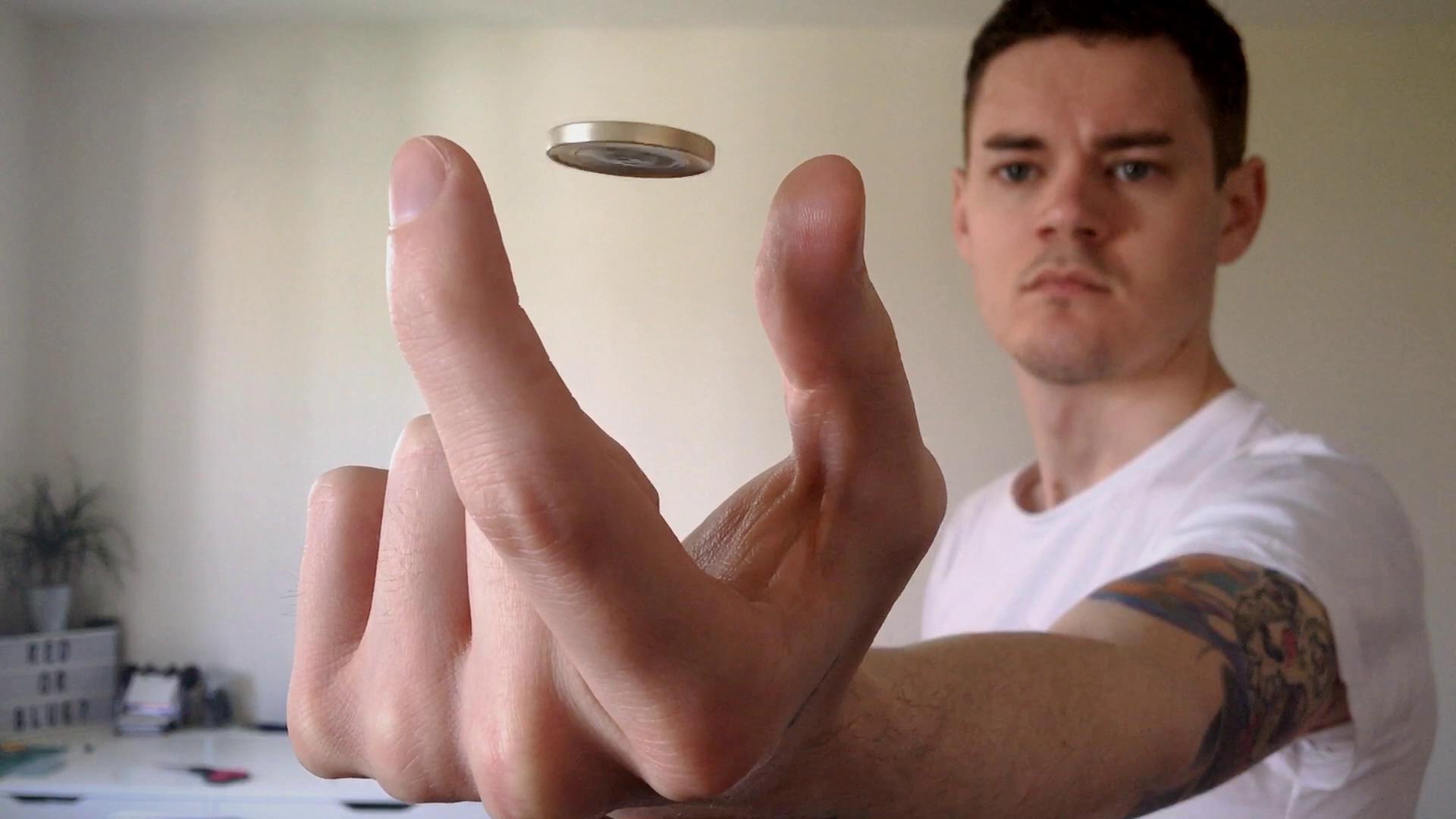 The Magical Life of Scott Perry (9 Things You Should Know)

Cinemagraphs tend to be described as “magical” by people seeing them for the first time. But what happens when you add actual magic into the mix? Scott Perry – gallereplay artist and magician – can make the impossible possible. Here are 9 things you should know about him!

How would others describe Scott Perry? According to Scott, his personality is a bit like marmite – it divides opinion:

“A luxury lifestyle magazine described me as ‘impeccably dressed, ambitious and in demand’, but then again my beautiful girlfriend often describes me as ‘completely mental’.”

2. Scott likes to start the day with a scroll.

We all have different morning habits. For some it’s the annoying ‘beep beep’ of the alarm clock that get’s them out of bed, for others the aromatic smell of crushed coffee beans. Scott likes to start his day by scrolling through his Instagram feed.

Everyone has them, an embarrassing guilty pleasure you’d rather hide from humanity. In this particular case we’re not talking about a Mariah Carey or Justin Bieber song, but about ‘Asmr slime’ videos! Scott likes to watch these glibber videos until his eyes beg for mercy!

4. Scott has a passion for playing cards and cinemagraphs.

Scott started working as a professional magician in 2012. During his training he discovered his love for playing cards. Just after he came into contact with cinemagraphs as a medium, he decided to create “living photos” around his card-handling-skills. While combining the two disciplines, he noticed that he had created something unique! His vision is to put on a cinemagraph exhibition project for art galleries around the world. (Want to know more? Keep reading!)

Scott likes to spark a moment of curiosity and wonder with his work. While some artists use physical tools and gimmicks to achieve magical effects, he likes to keep his work as real as possible. Believe it or not: what you see in his cinemagraphs, are things he’s able to do in real life!

6. Scott get’s in touch with his sensitive side from time to time.

Despite his tattoos and slick suits, he’s definitely not afraid to show his true colours! We were touched by the passionate answer Scott gave us in response to our question about what inspires him:

“Love. It’s said that all human actions are made from love or hate. While hate drives a lot of great art, love is my inspiration. Love of a feeling, love of my craft, love of a person. All that I do in life comes from love of something.”

7. Scott would like to have coffee with Banksy or Damien Hirst.

Imagine you could swipe your magic wand to make your favourite artist appear ?! Well, I guess even this task might be a little too ambitious. However, if Scott could pick an artist to hang out with, it would be either street artist Banksy or the creative visionary/businessman Damien Hirst. An ambitious person without the “artist label” would also be perfectly fine for Scott!

“I’ve met so many interesting people through my profession that it’s often the people who don’t label themselves artists who have the most to offer.”

8. Scott is confident about the future of cinemagraph medium.

At gallereplay we like to speculate about the future of cinemagraphs. Like us, Scott is confident about the evolution of the medium. For the immediate future he sees cinemagraphs being used by innovators to enhance marketing engagement. In the long term, he believes that cinemagraphs are going to replace static images. According to Scott they’ll be in digital frames inside people’s homes, on bus stops, shop windows, art galleries and integrated into VR.

9. Scott’s dream is to have a cinemagraph art exhibition.

Scott’s dream project and something that he’s already working towards, is a cinemagraph exhibition – based around the movement of playing cards. Not just regular playing cards, but customized cards that produce unique effects. One of his other pet projects entails digital prints and souvenir cards. But obviously he’s not going to spill the beans just yet, because he’s a magician and magicians don’t reveal their tricks! Stay tuned.

For more of Scott’s cinemagraphs, check out his gallereplay profile page!

Hoi hoi, Soumia from the Netherlands here! Also known as the "crazy cat lady’" from the low-lying region. Genau! As gallereplay’s Community Manager I like to work closely with our artists to create endless stories around their cinemagraphs. When I'm off work, I'm either busy searching for groovy tunes or taking weird surrealistic pictures.