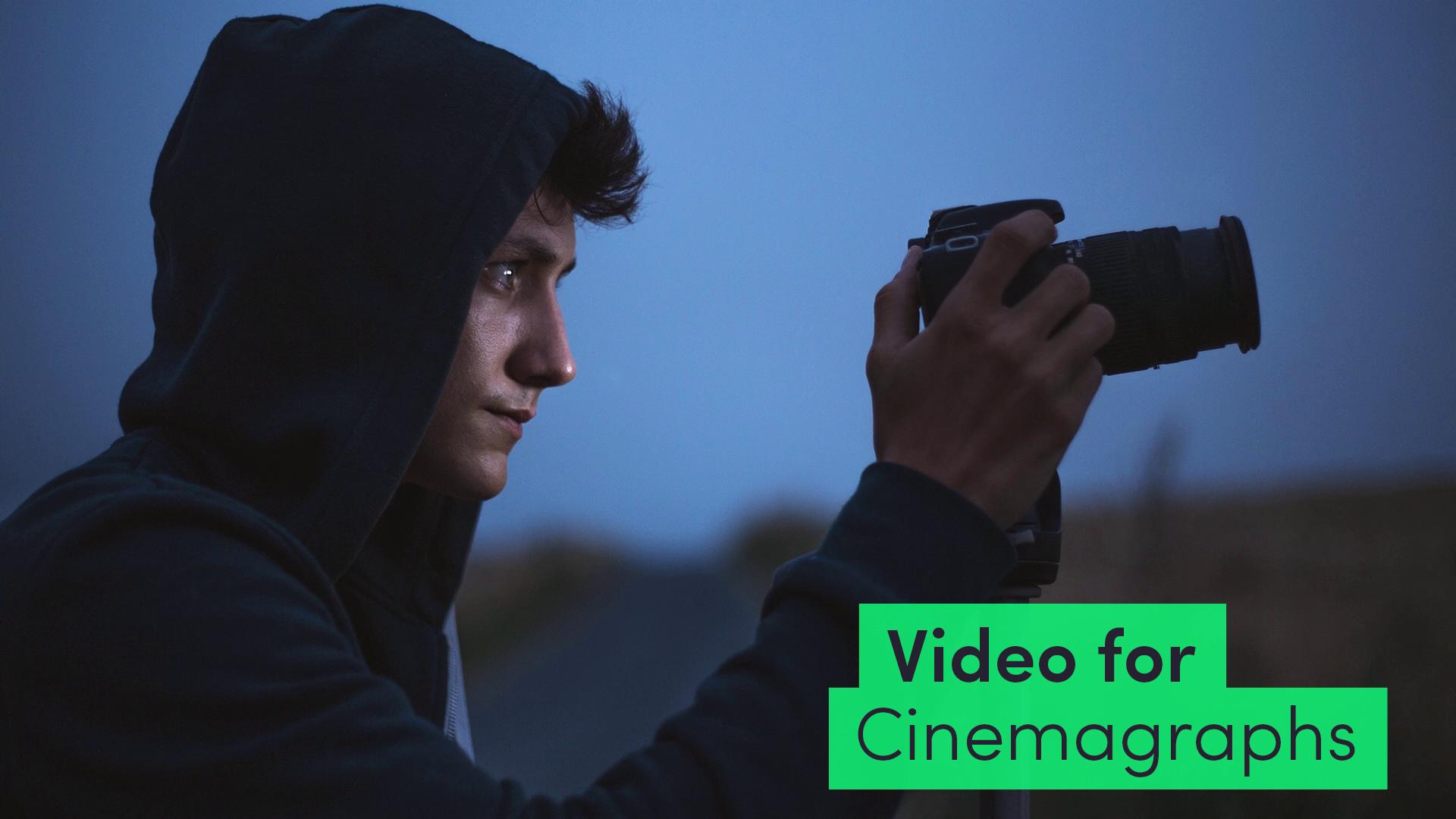 Interested in “upcycling” video footage from your archives and transforming it into awe-inspiring cinemagraphs? Or maybe you’re looking to shoot new material in order to have cinemagraphs created from it? Follow these five tips for optimal results!

So you’ve read about the benefits to using cinemagraphs for marketing purposes – higher click through rates, lower bounce rates, more engagement – and you want to test living photographs for yourself. A quick and affordable solution is to license ready-made, high-quality, stock cinemagraphs. But some campaigns require visuals that are custom-tailored to your product or brand. In such cases, you’ll want to create cinemagraphs fully in-line with your brand identity.

There are a number of ways to go about this. You could hire an image provider like gallereplay to create such visuals for you from start to finish. Another option: you could shoot video footage yourself and have it edited into cinemagraphs. A third possibility that many marketers aren’t aware of, is to “upcycle” existing video footage from past campaigns, giving older footage a new lease on life by transforming it into motion images.

Whichever the case, it’s important to understand what kind of video material lends itself to cinemagraph creation. To give you an overview, we’ve compiled a list of tips. Following these pointers will ease the post-production process and help you achieve the desired result. Use our list to verify whether your existing video material is suitable for cinemagraphs or as a cheat-sheet on your upcoming video shoot.

A key feature of cinemagraphs that distinguishes them from video, is the fact that they are mostly static. Much like a photograph, the framing of a cinemagraph is fixed. While dynamic movements are “á la mode” in the world of video, they are less ideal for cinemagraph creation. As a rule of thumb: the less camera movement there is, the easier it will be to create a cinemagraph from the footage. Avoid panning, tracking backwards/forwards and excessive handheld motion. Minor wobbles can be stabilized in post-production, but your objective should be to get a fixed frame. Your footage should be shot from a tripod.

Having a subject – i.e. a person or object – that is isolated against a static background in your footage, will make it significantly easier to create a cinemagraph. Put more simply: ideally there should be nothing moving in front of or behind your subject. Try to make sure that lines of motion do not cross. The following real-life example from a recent project of ours should make this tip a little clearer.

“Noisy” background vs. “Quiet” background: Will Smith and the jury. (Footage Courtesy of CNN Style)

In May of 2017 we created a series of cinemagraphs as part of CNN Style’s coverage of the the Cannes Film Festival. Every evening, the CNN team would send us video footage of the festivities. Upon seeing this particular batch of red carpet footage, I immediately knew that I wanted Hollywood star Will Smith to be my main subject and motion element. Since the clip on the left (see above) has a lot of movement in front of and behind the actor, I knew that it would take hours of meticulous masking to create a cinemagraph from this clip. Instead I opted for the clip on the right, where Will Smith is isolated against the stairs and there is very little movement behind him, ultimately saving me a lot of time. You can see the final result, as posted on CNN’s Instagram channel, below.

Actor Will Smith waves to the crowd alongside fellow @festivaldecannes jury members at its opening ceremony. It's the 70th anniversary of the Cannes Film Festival where they decide which film will win the Palme d'Or prize – the highest prize awarded at the festival. (Cinemagraph courtesy of @gallereplay, via @cnnstyle)

Footage shot in a studio is in some ways a dream for anyone editing cinemagraphs. The reason: in a studio, the lighting conditions can be controlled and they remain consistent. When shooting outdoors, weather conditions can change quickly, affecting the amount of light captured by the camera. Drastic changes in lighting, for example when the sun suddenly peeks through a ceiling of clouds, are not impossible to balance out, but they will make the editor’s work more difficult. Therefore: the less changes in light, the easier it will be to create a cinemagraph from your footage.

When editing cinemagraphs, having a 10, 15, or even 20 second clip to work with is a real blessing. Providing clips of this length will often result in smoother, more seamless loops. This is especially true of cinemagraphs that use a fade/dissolve transition (for example in cinemagraphs containing water or fire). This tip also applies to working with models: the longer the model holds still in your footage, the more likely it is that a convincing cinemagraph can be created from the material. So if you’re shooting the footage yourself, keep the camera rolling just that extra bit longer.


Naomie Harris poses for a cinemagraph, holding still for over 10 seconds. (Footage Courtesy of CNN Style)

Providing editors with video material that is shot at a high resolution (such as 4K or 6K) has several advantages. If the cinemagraph is intended for web use, it can be edited on a timeline with a standard Full HD resolution, meaning editors can crop or scale the original video without a loss in quality. This will also result in the footage appearing sharper due to the higher number of pixels. Shooting at a higher frame-rate (such as 60fps or 120fps) is also beneficial, because it will allow the editor to slow down the footage and create a slow-motion effect without a loss of quality. And as we all know: life looks better in slow-motion!

There you have it – you’re all set and ready to shoot and/or select video material for cinemagraphs. Keep in mind that your footage doesn’t necessarily need to fulfil each and every one of these criteria. Nowadays a lot is possible in post-production and a big part of any editor’s job is problem-solving. But remember: if your footage is cinemagraph-friendly, post-production will be a smooth process, ensuring that you achieve the desired result without going over-budget.

Still unsure whether your footage is suitable for cinemagraphs? Send a link to your video material to hello@gallereplay.com and our team of experts will gladly inspect whether it can be used, free of charge.