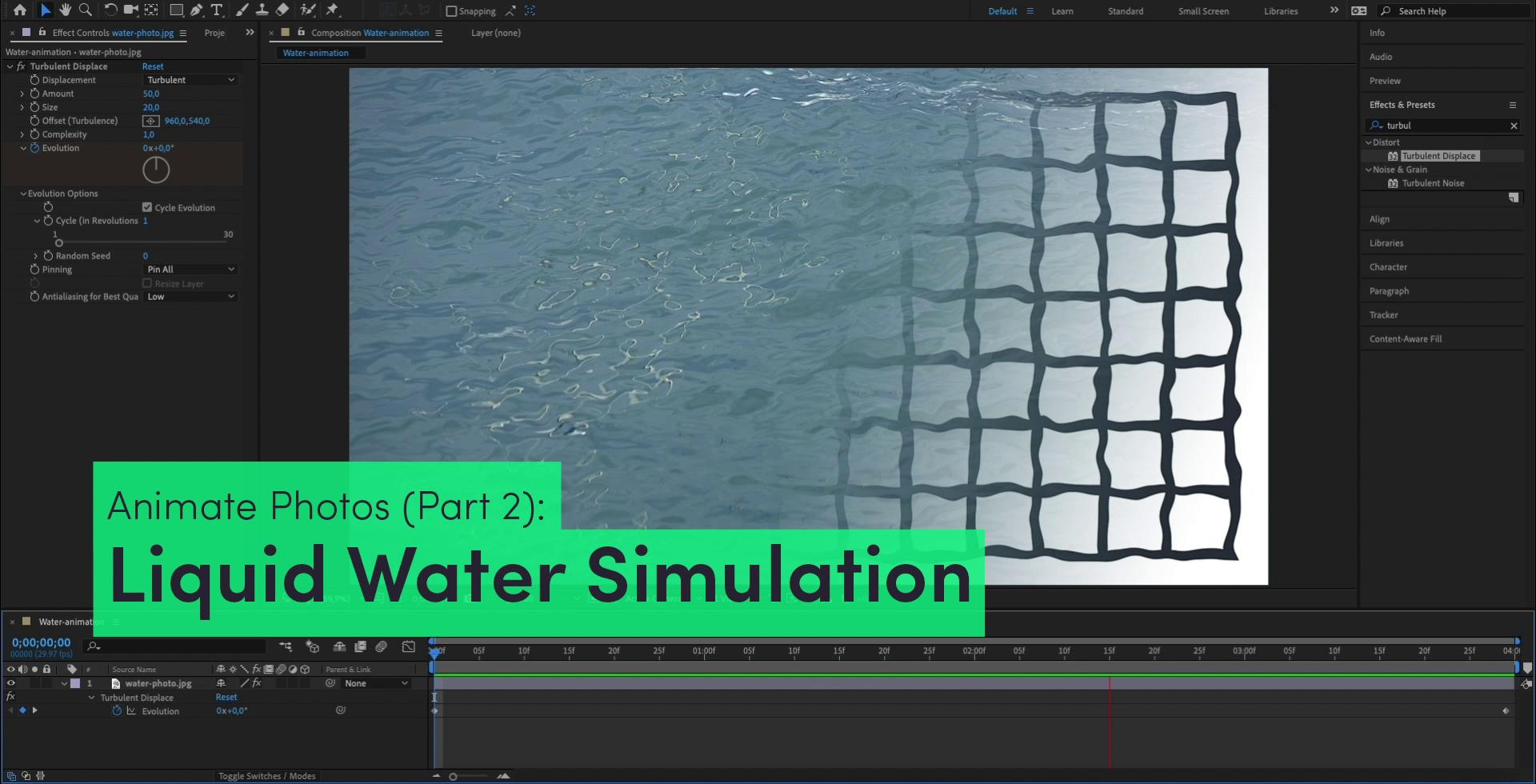 Water Animation through “Turbulent Displace” – Animating Photos with After Effects

In the first part of this series I have already shown you how to use an atmospheric particle effect on your photos. In this second tutorial about photo animation in Adobe After Effects I will give some tips on how to use the “Turbulent Displace” effect to animate water and bring your image to life.

As always, the described path is one of many possibilities. I decided on the “Turbulent Displace” as an effect which can achieve fast and effective results with the imitation of waves. Should you look for more complex solutions, After Effects also offers, for example, the “Wave World” Effect.

With the effect “Turbulent Displace”, you can create patterns or distortions that serve as the basis for movement in an image by moving pixels according to this distortion. This effect combines two other effects into one: “Fractal Noise” and “Displacement Map”.

In order to make it all a bit more tangible, we have created a graphic with a simple grid on which we have applied the effect with different settings. You can download the graphic here for test purposes: Raster Graphic Download. Our animations have one rotation of “Evolution”, over 6 seconds, as well as the activated “Cycle Evolution” (more on this under “Adjustment of the Effect”):

This is what the “Turbulent Displace” effect looks like, when one uses a raster graphic and adjusts the settings as mentioned.

Next to “Turbulent”, “Bulge” and “Twist” Adobe AE offers amongst others the options “Turbulent (smoother)”, “Bulge (smoother)” and “Twist (smoother)”. These will each produce the same trick, only with the difference that the option “smooth” produces smoother warps, that may take Adobe more time to render, as Adobe explains here.

Creation of the Composition and Layers

This is how you create the composition with the correct settings, import the pictures imported and apply the effect.

Adjustment of the Effect

Now it’s time to adjust the effect using the operating panel “Effect Controls”, which has opened automatically. In the following I will give some recommendations for the settings. However, you can also have free room to play around, as the customisation is dependent on the image.

I have only dealt with the changes, that differ from the standard settings:

Attention! Only if you have placed the keyframes for the evolution correctly in your timeline, you will see a movement, when you play the effect with the spacebar. To begin with the animation must be rendered once, before it can be played in real time. The animation is then rendered, when the green bar under the time marker runs continuously across the timeline (see the screenshot below). 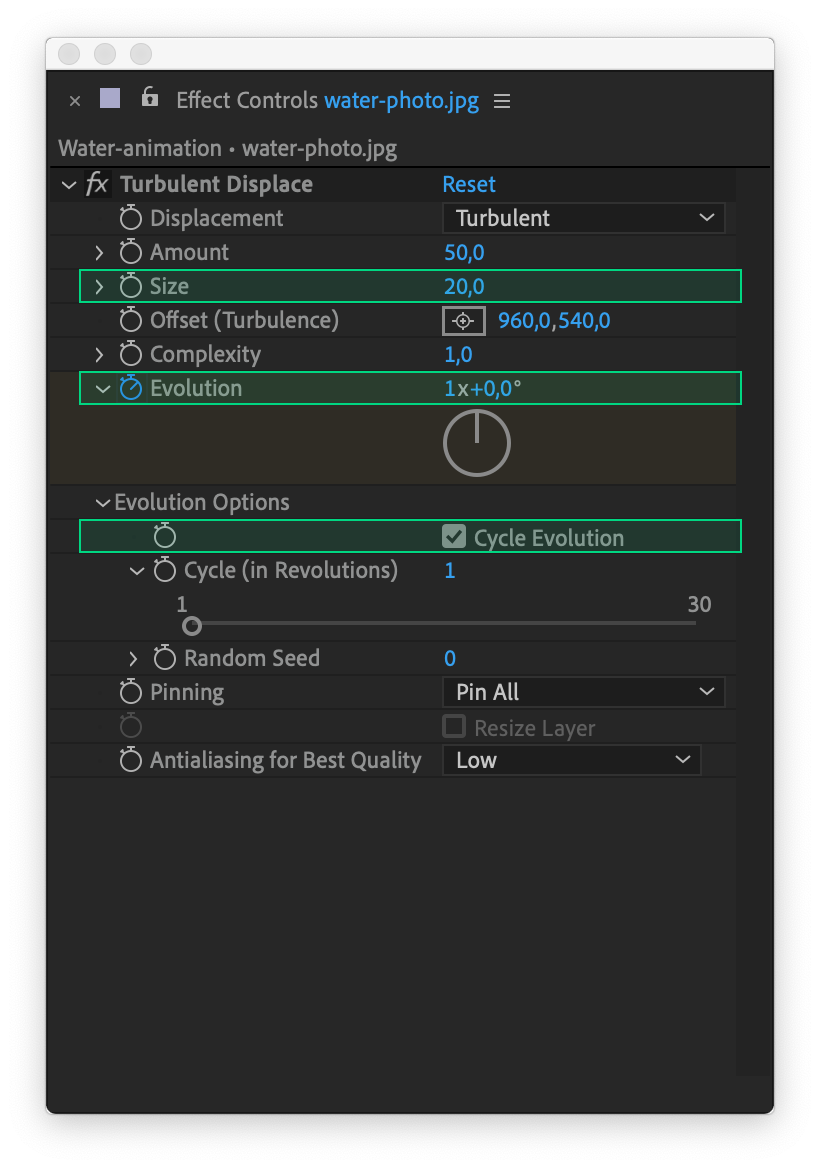 This setting ensures that the pattern returns to its origin at the end of each rotation. This saves us from having to convert the video into a loop via crossfade. The programmatic return to the origin also achieves a perfect result. It functions, however, only by complete rotations.

Size: 20,0 (dependent on the size of the waves in the image)

In case you would like to speed up your waves, you can either give more rotations by “Evolution”, or also let the composition run for shorter (like described in step 1).

I explain how you can render your video in the first part of this series (on the subject of atmospheric dust animations). Our result is finally finished:

I’m Yugen and I work as a videographer at gallereplay. I have loved working on film since an early age and love to tell stories with images. Alongside my work as a filmmaker, I also started a podcast about filmmaking in Germany.